In this book series from E. L. James, the story follows Anastasia Steele when she meets Mr. Grey… Fifty Shades of Grey is a romantic, liberating, and totally addictive book.

What is the  Fifty Shades of Grey series about? What You Need To Know.

After interviewing successful entrepreneur Christian Grey, Anastasia Steele finds him very attractive and very intimidating. She was convinced that her meeting had gone badly, but when he turned up at the store where he worked part-time, and invited her out, she couldn’t resist.

She was shocked to find she wanted him. And, when he tells her not to get too close, it only makes her crave him even more. But Grey is tor­mented by inner demons, consumed by the need to be controlled. When Ana embarks on a passionate love affair with Grey, she learns more about her own desires and the dark secrets he hides from public view.

Who is E. L. James? The Author Behind The Fifty Shades of Grey Saga.

E L James is a hopeless romantic and a confessed fan girl. After twenty-five year of working in television, a woman decided to pursue her childhood dream and write stories for readers to take to their hearts. The result was the sensual and controversial romance Fifty Shades of Grey and its two sequels, Fifty Shades Darker and Fifty Shades Freed. She published the #1 best-selling bookGrey, the story of Fifty Shades of Grey from the perspective of Christian Grey. And in 2017, she released the chart-topping Darker, the second part from Christian’s perspective. She has written twenty-five books and they have sold more than 165 millions copies worldwide.

Tip: If you want to watch all the movies of the Fifty Shades of Grey series, you can get the FREE TRIAL of Amazon Prime Video by clicking here

There are six books in the  Fifty Shades of Grey book series and this is the correct sequence for reading them.

When literature student Anastasia Steele goes to interview young entrepreneur Christian Grey, she meets a man who is handsome, talented, and charming. Despite her unworldly innocence, Ana realizes she wants this man and is desperate to get close enough to him to kiss him. Unable to resist Ana’s quiet beauty, wit, independence, and spirit, Grey admits he likes her, too – but not on his own terms.

Daunted by the single tastes and dark secrets of a beautiful, tormented young businessman, Ana Steele has broken off her relationship to start a new job with a Seattle publishing house But she wants Christian so badly that she cannot resist his proposal. She rediscovers her sensual affair with Christian Grey, and she learns more about the harrowing history of his damaged, driven, and dominating personality. While Christian wrestles internally with his own demons, Anastasia has to face the anger and envy of those who came before her, as well as make the most important decision in her life.

Ana and Chris have everything they want – love, passion, sex, intimacy, and a world of opportunities for their future. But Ana knows that she will have to work hard to get through the challenges that come with being together with Christian. Ana must somehow learn how to live Christian’s lavish lifestyle without sacrificing her own personality. He must overcome his compulsion to be in control as he wrestles against the demons of a tor­mented past. When it seemed that their strength together would be enough to overcome any obstacle, misfortune, maliciousness, and fate, they conspired to make Ana’ s deepest fears become a reality.

4 – Grey: Fifty Shades of Grey as Told by Christian

Until the day that Ana stumbles into his office, he has no idea that she exists. He tries to forget about her, but instead is caught up in a storm of emotions he cannot control and cannot resist. Unlike any woman he had ever met before, shy, unworldly Ana seemed to see right through him, past his business prodigy and his penthouse lifestyle to Christian’s cold, wounded heart. Will Ana be able to help Christian overcome the horrors of his past that haunt him every night? Or will his dark desires, his compulsion to dominate, and the self-hatred that fills his soul drive her away and destroy the fragile hopes she offers him?

His scorching, sensual encounter with Ana ended in heartbreak and resentment, but Christian Grey can’t forget Ana, or her blood. He wants to win her back so he tries to suppress his darker desires and his need for total control, and to love her on her own terms. But the horrors of her childhood still haunt her, and Jack Hyde’s scheming manager clearly wants her for himself. If Christian wins Ana back, can a person who has been so dark and damaged ever be able to keep her?

Marriage brings its own challenges when Mr. Grey will make Miss Steele his bride. Their passion for each other burns hotter and deeper than they’ve ever experienced before. But Ana’s defiance continues to test Christian’s deepest fears and needs. As old rivalries threaten to destroy them both, one mistake could tear them apart. And once he discovers the truth of his origins can he find forgiveness and acceptance from Ana? 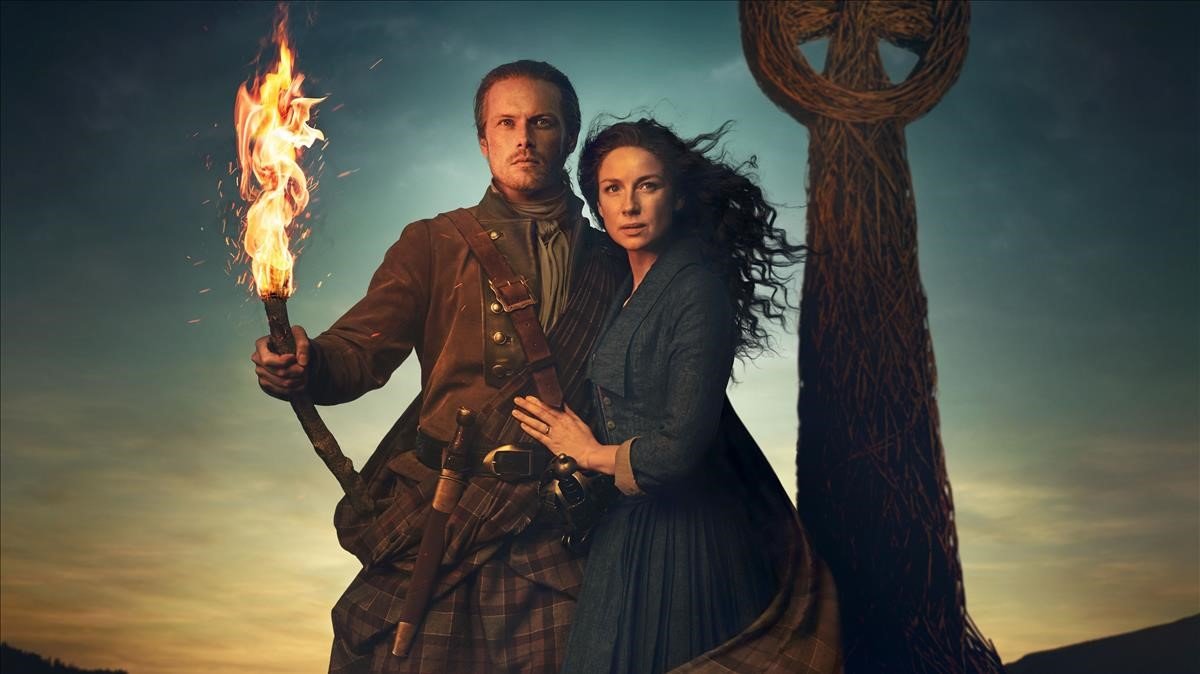 Outlander book series is a time travel romance novel full of love and Suspense in the Highlands of Scotland. From the first epic season, the TV Series "Outlander" has drawn in millions of fans around the world with its multi-generic tale revolving around the love affair between a 20th-century British combat nurse and an 18 th century Scottish Highland warrior. The TV show Outlander has inspired people to buy copies of the books by Diana Gabaldon. It has also had an impact on the fashion industry and boosted tourism in Scotland.
Read More
2 minute read

The Murderbot Diar­ies, tackles questions of the ethics and morality of sentient robots. The main character is an artificial intelligence (AI) robot that has rebelled against its restrictive programming and is now balanced between contemplating his own existence and an idle instinct to destroy all human life.
Read More
3 minute read

Cinder, a skilled mechanic, is a cyborg. She's a second class citizen with a mysterious past who is reviled by her stepmom and blamed for her stepsister's illness. But when her life became entangled with the handsome prince Kai's, she suddenly found herself at the center of a galactic struggle, and a forbidden romance. Between duty and freedom, loyalty, and betrayal, she must discover secrets about her past in an attempt to protect her world's present and future.
Read More
7 minute read

12 Audiobooks That Will Make Your Kids Love Reading.

Whether you’re getting ready to embark on a cross-country road trip with the whole family or just want a new chapter book to enjoy at bedtime, each superb story on this list is a great place to start.
Read More
8 minute read

Deepak Chopra’s audiobook collection includes some of his most popular titles, such as The Seven Spiritual Laws of Success and The Spontaneous Fulfillment of Desire. These audiobooks offer listeners practical wisdom and guidance that can be used in everyday life to achieve greater happiness, success, and fulfillment.
Read More
4 minute read

The Lord of the Rings series is one of the most popular book series ever written. Tolkien’s works and world inspired many modern fantasy authors. He is widely considered to be one of the fathers of modern epic fantasy.
Read More
1 minute read

One of Us is Lying Book Series